The parties requesting the delay had questioned the feasibility of the testing and inspection requirements in the 2015 federal underground storage tank (UST) regulations and the availability of qualified contractors to complete the work before the deadline.

In its July 24 determination letters, the EPA said it had concluded a six-year extension of the deadline “could unintentionally do more harm than good.” The agency noted that the testing and inspection requirements in the 2015 regulations focus on the components most likely to leak or fail to detect a leak. The requested delay, therefore, “could result in releases not being identified and addressed for many years, which ultimately could result in unnecessary environmental damage and more expensive cleanup costs.”

Other factors mentioned by the EPA in support of its decision not to extend the deadline include:

The EPA closed its decision letters by encouraging tank owners not to wait until the last minute to arrange for testing and inspection. The agency also acknowledged that if the required tests and inspections uncover equipment failures that must be corrected, owners may require additional time to complete necessary repairs and upgrades. Accordingly, the EPA will consider the good faith efforts of diligent owners when deciding if and how to respond to a violation. 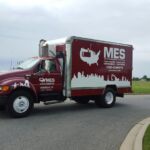 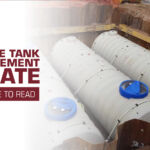