Regularly testing the key components of your fuel station ensures that equipment is functioning properly and continues to hold up to manufacturer standards. Tanks and associated equipment are also tested to see how they respond to user error and to identify suspected leaks.

Not only does testing help prevent costly damage to the environment, but it ensures your site remains in compliance with applicable local, state, and federal regulations — and saves you money in the process.

As one North New Jersey school district found out, because of changing standards in the industry and ongoing updates required on the state and federal levels, issues can quickly pile up. Their on-site filling station received 10 violations for various leaks, overdue testing, and lack of documentation.

According to an article by the Brick Shorebeat:

“All of the violations were connected to the filling station, which consists of one 20,000-gallon gasoline tank and a 15,000-gallon diesel tank.

The violations, as detailed in the notice of administrative action sent to the district by the state Department of Environmental Protection, consist of the following:

Regularly scheduling your site maintenance and fuel station testing for your school district ensures your station remains compliant, avoiding costly violations and spills so you can focus on your day-to-day operations. Additionally, it is crucial that you work with a highly experienced organization as tests and maintenance requirements vary based on tank type, system, and capacity.

At MES, we leverage our compliance, construction, and environmental divisions to deliver a full-service approach that ensures your facility is operating efficiently and in compliance.

Whether you’re looking for maintenance of an existing fueling station or preparing to build new, choosing MES means full-service support when you need it. 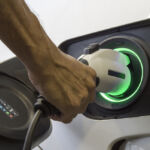 EV Market – 1.2% of all SalesLiquid-Fuel, Market 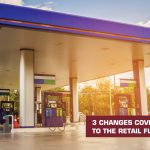